This is just basically a list of projects I did on the house... I don't really have the time-frame of when they were completed.

Basically, we were tired of having this huge fish tank in the living room.  The novelty wore off and we were looking to sell it... that is until Theresa had a great idea... put it in the basement! 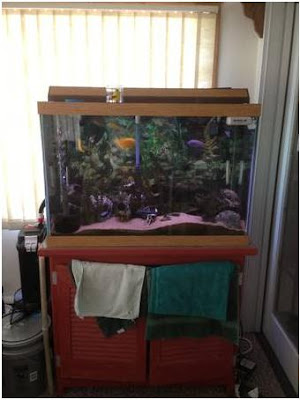 This is it... big, not so pretty and, after getting rid of the bathtub in the guest bathroom, a pain to clean (I filled up 5 gallon buckets in the tub).  Theresa's idea of putting it in the basement was PERFECT because there's a utility sink down there and it's much easier to clean...
After: 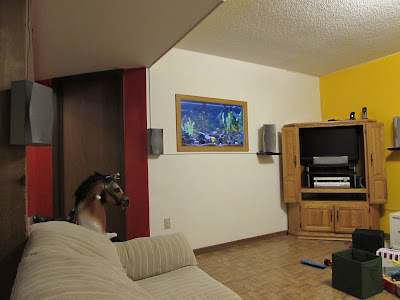 It is still sitting on the same cabinet... but it is also resting on the studs in that wall.  I'm really pleased with how this project turned out... it was actually pretty easy.  Just had to cut a hole in the wall! 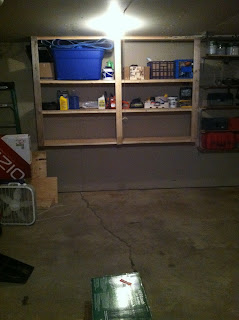 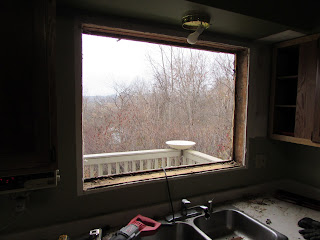 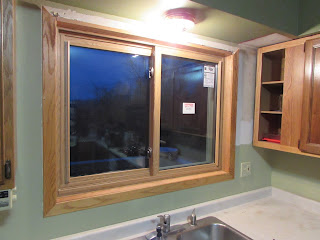 This has always been on my bucket list.  Thankfully there was still this beautiful cherry wood back at the farm.  My father cut a bunch of wood one year and had it processed at a mill... we used a lot of it, but it dawned on me that there might still be some there and luckily it was the best (the cherry)!

The kit was relatively inexpensive... the worst part was the fact that I never had much time to dedicate to it, so it took forever.  The main reason we did it was so that we could actually use the guest bedroom (otherwise the bed took up most of the room). 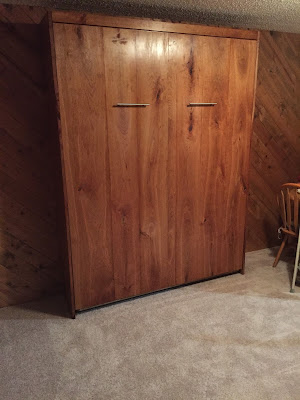 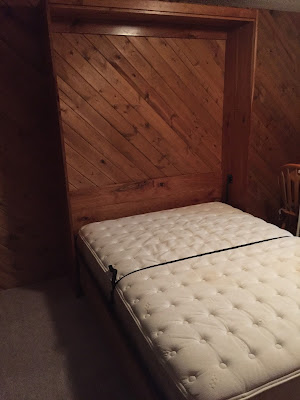